FANTASTIC MUSICALS BASED ON CHILDREN’S BOOKS

FANTASTIC MUSICALS BASED ON CHILDREN’S BOOKS

BY DENA AT BATCH OF BOOKS

With school out for the summer, you might be wondering what on Earth you’re going to do with your kids for the next 10 weeks. You’re not alone! My children have had all their summer camps, classes, and activities canceled because of the COVID-19 pandemic. With pools, libraries, and parks closed as well, I’m wondering how long my sanity will last. Thankfully, there are quite a few virtual options that can help ease the boredom. I’ve partnered with ArtsPower to bring you this post about their new ArtsPower Theatre on Demand program and the fantastic musicals they’ve adapted from children’s books.

The first class that ArtsPower is offering is based on the goofy picture book, Chicken Dance by Tammi Sauer. I signed my five-year-old daughter up for the Chicken Dance course and she loved it. She immediately got sucked into watching the full-length play. She loved the bright costumes and fun songs. It’s silly and funny and just right for her age. We also had a great time learning how to sing and dance the “Chicken Dance” number from the musical, watching the book read-along, and watching the interview with the author.

If your child likes musical theater or you’re looking for something to occupy your kids for a few hours, this is a fantastic course to enroll in. It ended up being perfect for my daughter. She loves musicals, so she was 100% on board with this class. I liked how this course gave us access to the full-length play and provided us with enrichment activities like learning the song and dance steps.

One of the coolest things about ArtsPower is that they’ve adapted dozens of children’s books into musicals. They tour the country, performing these plays for audiences of all ages. Whether they’re funny, poignant, classic, or all three, each of these children’s books has made it to the stage thanks to ArtsPower and their creative vision.

Even though they can’t do any live performances right now due to the pandemic, this is the perfect time to read some of the children’s books they’ve adapted into musicals. So if you want to introduce your child to the theater, sign up for a Theatre on Demand: Family Edition class ($15) and read these books with your kids so you’re ready when ArtsPower takes the stage again. 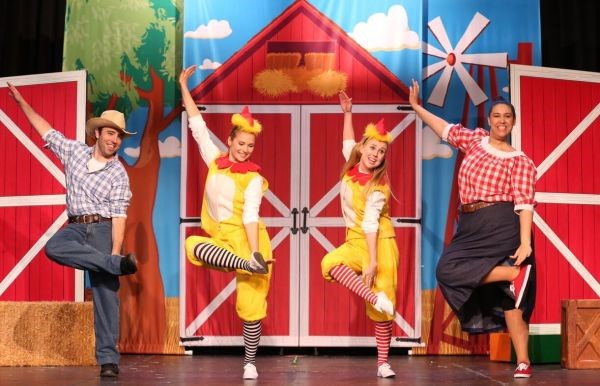 What you get when you enroll in the course: 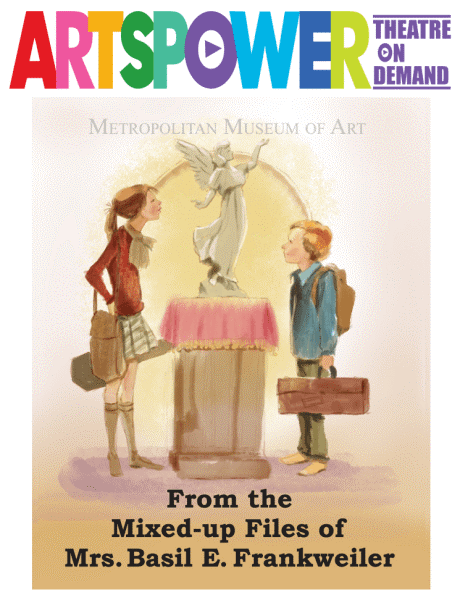 From the Mixed-up Files of Mrs. Basil E. Frankweiler is coming in July 2020!

ArtsPower Musicals Based on Children’s Books

So, if you want to introduce your child to the theater, sign up for a Theatre on Demand class ($15) and read these books with your kids so you’re ready when ArtsPower takes the stage again.

From the Mixed-Up Files of Mrs. Basil E. Frankweiler by E.L. Konigsburg

When Claudia decides to run away, she wants to go somewhere beautiful. She and her younger brother Jamie run away to the Metropolitan Museum of Art in New York City. There, they get caught up in a mystery surrounding a small statue of an angel that may or may not have been carved by the famous Renaissance artist Michaelangelo. Along the way, they learn more about the artwork, the mysterious woman who sold the statue to the museum, and themselves. This Newbery Award-winning novel has captivated readers for over 50 years!

Are You My Mother? by P.D. Eastman

I love this early reader book. My mom read it to me when I was young and now, I read it to my children. A baby bird hatches from its egg when its mother is gone from the nest. The baby bird heads out of the nest, asking everything—from kittens to airplanes—if they are its mother. After a frightening encounter with a “snort”, the baby bird arrives back home just in time to meet its real mother. This endearing story would be a blast to see as a live production.

This classic children’s novel has been adapted into numerous movies and television series, so it’s no surprise that it would make a fantastic musical. If you’ve never read this endearing series before, you really should! It’s one of my favorite series from childhood that I’ve read over and over, even as an adult. You’ll fall in love with the spunky and talkative Anne as you follow her adventures on the picturesque Prince Edward Island.

Madeline and the Bad Hat by Ludwig Bemelmans

The Madeline books are another classic children’s series that have been reader favorites for generations. In this story, Madeline must learn how to overcome her differences with her new neighbor, Pepito. Set against the beautiful backdrop of Paris, it’s no wonder why ArtsPower chose this children’s book to adapt into a musical play.

This cute little four-book series combines the main characters from two popular chapter book series. With easy-to-read adventures and plentiful pictures by artist Peter Reynolds, these chapter books are perfect for kids ages 5-8 who like realistic fiction and humor. Once they’ve read all the Judy Moody and Stink books they can find, kids will love seeing their favorite characters on stage in the musical.

The Little Engine That Could Earns Her Whistle by Watty Piper, illustrated by George and Doris Hauman

The classic story of a small blue engine that comes to the rescue is a must-read for every boy and girl. When a train full of toys gets stuck at the bottom of a hill, they worry they’ll never reach the children waiting for them on the other side. When no one else will help, the little blue engine does her best to help the toys. This beloved story has charmed readers for generations.

This is another classic children’s book that has stood the test of time. Kids will be in stitches as they read this humorous story about Harry, a little dog who hates to take baths. When he spends the day rolling around in the mud, Harry goes from being a white dog with black spots to be a black dog with white spots. Young pet lovers and bath detesters will get a kick out of this book—and the play.

Otherwise Known as Sheila the Great by Judy Blume

Judy Blume has written some of the most enduring books for young readers and is a staple of bookshelves everywhere. This book follows the adventures of a young girl named Sheila when her family decides to spend the summer in the country. For a city girl, dealing with spiders, dogs, and swimming lessons might prove too much to handle. Sheila learns that she’s more resilient than she thought in this charming city-to-country story. It’s a must-read if you’re interested in musicals based on children’s books.

Amber Brown Is Not a Crayon by Paula Danziger

This funny slice-of-life story is perfect for kids ages 7-10. Amber Brown is best friends with Justin Daniels. But when Justin has to move away suddenly, the two friends start to disagree about everything. They’ll have to get over their differences if they want to remain friends through one of life’s common challenges. Kids will love seeing the play after they’ve read the book and comparing the two.

The Jigsaw Jones Mystery series is a popular chapter book series for growing readers that enjoy realistic fiction. The mysteries take place both in and out of school. This particular mystery involves the mysterious sliming of a classmate. Someone at school is playing practical jokes, but not everyone (especially the girl who got slimed) thinks it’s funny. Jigsaw and his friend Mila will have to follow the clues and find out who’s behind the pranks.

The Monster Who Ate My Peas by Danny Schnitzlein, illustrated by Matt Faulkner

Would you rather eat your vegetables or give up a toy you like? When a boy wishes that he doesn’t have to eat his peas, a monster offers to eat his peas in exchange for his soccer ball. At first, this seems like a good compromise, but every exchange results in higher demands from the monster. Soon, the boy will have to decide if not eating his peas is worth the things the monster is demanding. Any kid who gets stuck eating foods they don’t enjoy will love this humorous spin on the common dinnertime battle.

My kids have all learned to read with the Biscuit books. We have a big stack of them on our bookshelf that my kids have read many times over. This is the first book about the adorable yellow puppy. It’s time for bed, but Biscuit doesn’t want to go to sleep. He asks for a snack, a drink, and anything else that will give him a few more minutes of staying awake. Written in simple, easy-to-read sentences, it’s the perfect book to help children get started with independent reading.